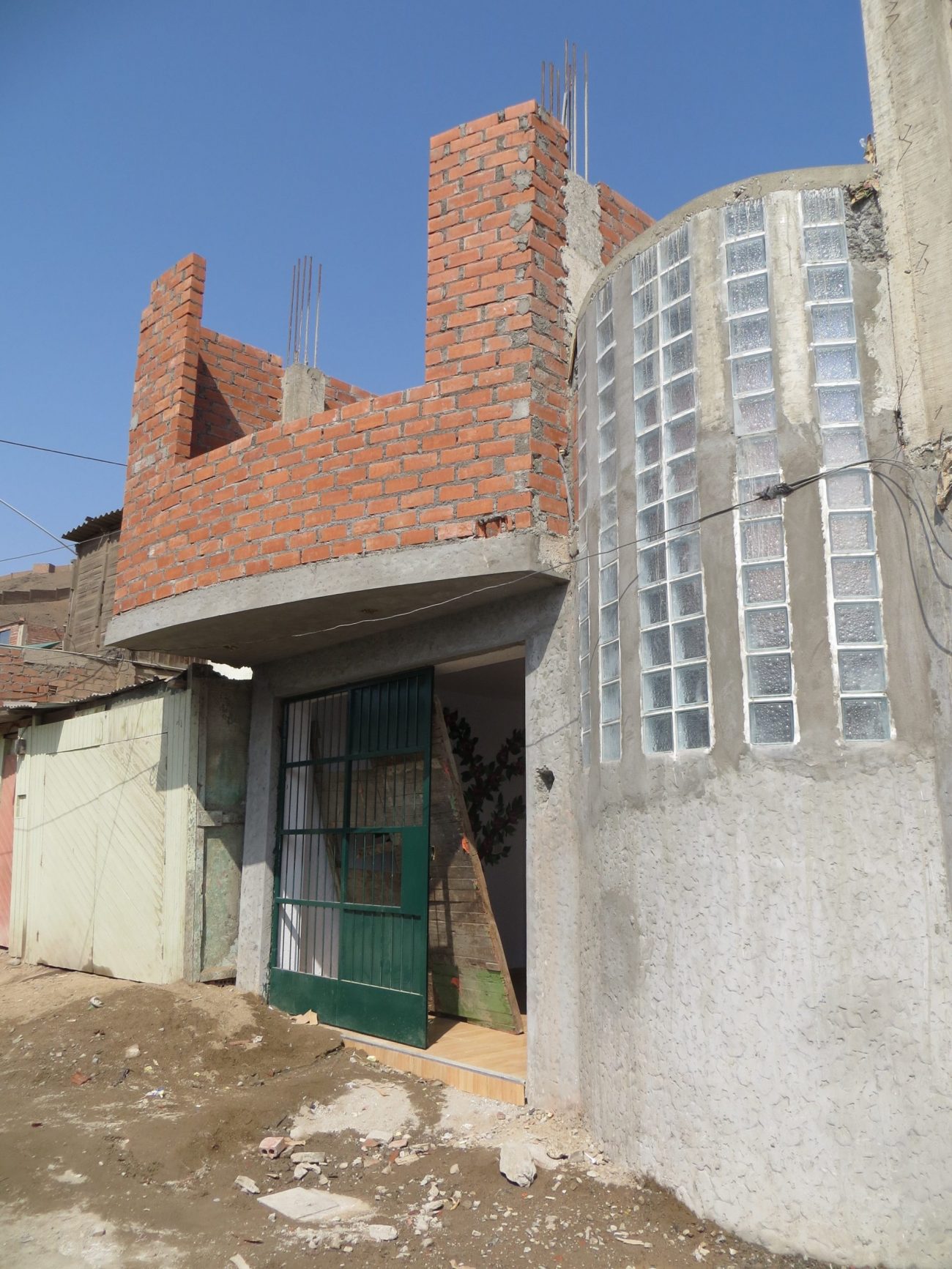 Carlos Bernales Pinedo spent his childhood and adolescence in Ventanilla, in the very slum Luis Alberto Kouri Haana, where Estación Esperanza now operates. There is neither running water nor electricity, let alone a sewage system. The families live in corrugated iron huts.

Miriam Kühni emigrates to South America. She and Carlos Bernales (her fiancé at the time) plan the project work. The first mothers’ and children’s meetings take place in the Bernales family hut.

The first activities took place in the Bernales-wooden-hut. Then it was demolished and replaced by the project building. This construction took a while.

Miriam and Carlos take in three girls as foster children and move into the project building.

The association “Estación Esperanza Schweiz” was founded as a representation of the project in Switzerland. It sees itself as a circle of friends that takes care of various administrative tasks for the project management and also provides advice and support.

The first step into the education sector was taken: Renovating and renting a nearby kindergarten. Unfortunately the cooperation with the owner does not work out in the end.

The aid project is developing qualitatively and quantitatively. Three years ago, 10 children took part in the children’s afternoons. Now there are up to 50 children and if all of them came, it would be 80. New offers from Estación Esperanza: tutoring and support classes (often with Montessori methods), dance classes, floorball, music classes (guitar, piano and cajon), psychology classes and the founding of the Estación Esperanza band.

The kindergarten project is moving to the Christian school “Mahanaim” in Ventanilla, where Estación Esperanza is setting up a room. Here, smaller groups as well as individual students are encouraged and taught. In addition, Estación Esperanza takes responsibility for English lessons, dance classes, parents’ evenings, etc. Meanwhile, the project incudes the organization of various events, especially of the Christmas party.

In this context, a sponsor support system was initiated, which enabled Estación Esperanza to provide more intensive family support. It supports families who cannot pay the school fees in the Mahanaim. With the agreement, the parents also enter into obligations that in turn support the child’s well-being in the family environment.

Miriam and Carlos move with the three girls to a church that is interested in joining the work on the project. In the parish “Familia para toda la vida” (part of the Asemblea de Dios), which was founded in 2017, Estación Esperanza becomes an important cornerstone in the community development. The pastor’s family, who immigrated to Lima from Venezuela in 2017, has a vision. However, the implementation is more difficult than expected. Joint planning and mutual support are a blessing for both sides, as they are very motivating and strengthening.

This page is also available in: